U.S. Generation Z Consumers and Food - How this generation thinks, feels, and behaves around everything food-related 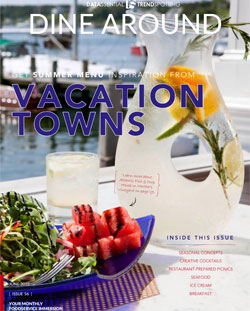 The generation is no more likely to consider themselves “foodies” than the population and generally say that food gets them excited, but they don’t pay close attention to food trends.

These younger consumers generally try to eat healthy, but don’t pay close attention to what they eat.

While Gen Z is willing to go out of their way to get something they want to eat, in general they are somewhat more likely to be pulling back rather than increasing their AFH food spend. However, their AFH frequency is higher than for the overall population (so plans to pull back AFH spend may not actually mean that much).

Gen Z consumers are more likely to have their meals AFH than the population overall.

Use of discount super centers for groceries is heavy for Gen Z, though in-line with the population overall. Gen Z is much less likely to get their groceries from traditional supermarkets or club stores and are heavier users of c-stores for groceries.

One part in a series of four in-depth demographic reports, Datassential’s Gen Z Keynote examines what this generation thinks, feels, and does regarding everything food-related. Over 3,500 consumers, including more than 1,000 Gen Z consumers, weigh in on their eating habits and wants. Plus, we tapped our FLAVOR database to pull the most-loved ingredients and analyzed our SCORES ratings to find highest-rated menu introductions. You’ll learn from the experts about…

Away-From-Home & At-Home Eating
Uncover the where, what, when, why, and with whom of Gen Z consumers’ experiences dining out. Understand how this generation cooks at home and the prep methods they use, including a detailed look at their last at-home meal.

Retail Behavior
Determine where Gen Z consumers buy groceries and why, if they shop with a list, how frequently they browse specific departments, and their use of online grocery ordering and delivery.

Dietary Habits
Take a detailed look at the diets Gen Z consumers are following, what allergens they avoid, and what foods they are trying to increase or decrease in their diet.

Finances, Media, & Technology
Shed light on how Gen Z consumers think about spending money on food and whether they budget. Learn where this generation gets their food-related information and what food apps they use.

Gen Z vs. the General Population
Data is indexed against the general population to understand not only what Gen Z consumers say, but how that differs from or is similar to the population overall.