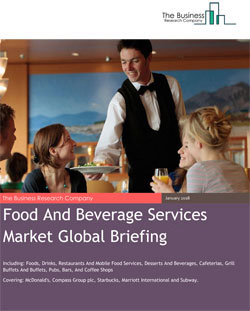 Including: Electric Power Transmission, Control, and Distribution; and Electricity Generation.

The Business Research Company’s reports are based on the methodology below.

Our datasets are created using a wide range of proprietary and public sources including leading government bodies, associations, trade journals, market intelligence reports and trade magazines. Data is modelled based on hard data, extrapolation, regression analysis based on known macro data inputs, interpolation between hard figures, comparisons with other geographies and markets, price estimations, and qualitative inputs. Data is triangulated within our unique market data model covering an exhaustive list of 200+ markets across 12 countries and 5 regions. Comparable data is used for sanity check and trend analysis. For example our global market value data is compared to unit sales and price data for the relevant market as well as relevant macro-economic datasets in order to establish validity.

Analysis is drawn from our Consultants’ wide range of industry and research experience as well as public and proprietary sources. Consultants are trained in research techniques and ethics by the Market Research Society.

Every year The Business Research Company carries out thousands of interviews with senior executives and industry experts across hundreds of markets. Through these interviews we develop our internal understanding of markets and geographies and cross reference our understanding of global markets with expert feedback utilizing ‘Delphic’ research methodologies.

The Business Research Company prides itself on the quality and validity of its data and analysis. Our unique ‘end noted’ referencing approach allows the user to trace our market numbers and analysis back to the specific data sources they were derived from.

All currency conversions are done on the basis of 2015 exchange rates.

Asia Pacific was the largest region in the generation, transmission, and distribution market in 2016, accounting for around 40% market share. This was mainly due to presence of a large number of households, industries and power generation companies in the region. The region is expected to lead the power distribution market due to the wide-ranging development in the region. India and China are expected to be the fastest growing markets for distribution panel boards in this region from 2017-2023.
Eastern Europe was the smallest region accounting for less than 3% market share. This region is low producer and highest importer of power.

The Business Research Company is a market research and intelligence company which excels in company, market and consumer research. It has over 50 research professionals at its offices in India, the UK and the US as well a network of trained researchers globally. It has specialist consultants in a wide range of industries including manufacturing, healthcare, financial services and technology.