Undergarments are worn beneath the outer clothes and help to avoid soiling of the outerwear. Men’s undergarments are generally of two types - upper wear and lower wear. For undershirt, we include vests, sleeved vests and muscle vests. For briefs, we include regular briefs, trunks and boxer shorts. In winters, long underwear is preferred to provide extra warmth.

The men’s underwear market is segmented into:

Impact analysis of the key growth drivers and restraints, based on the weighted average model, is included in this report to better equip and arms clients with crystal clear decision-making insights.

Major trends in the men’s underwear market are increased the adoption rate of functional underwear, consistent investment in branding and marketing and the surge in acquisitions and mergers.

To deduce the global men’s underwear market size, the report considers various aspects based on secondary research. Furthermore, key data points such as region-wise split and market split by product type, vehicle type, and distribution channel; and qualitative inputs from primary respondents have been incorporated to arrive at appropriate market estimates.

The forecast presented in the report assesses the total revenue generated and expected revenue contribution in the global men’s underwear market.

The report begins with sizing the market in terms of value and volume for the base year, which forms the basis for forecasting how the market is anticipated to take shape in the near future. Given the characteristics of the market, gathered data is triangulated via different analysis based on supply side and demand side drivers and other key dynamics of the global men’s underwear market.

To develop the market forecast, Persistence Market Research has also conducted a factor analysis to understand the impact of various forces/factors on the target market. The report provides forecasts not only in terms of CAGR but also presents a detailed analysis based on key parameters such as Year-on-Year (Y-o-Y) growth to understand market predictability and to identify the right opportunities. 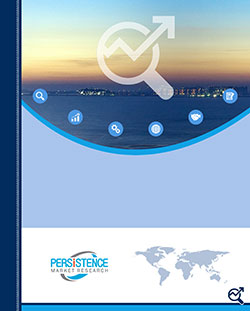 Price: $4900
Become a Member Already a member? Login to access this report free.

Have a Question? Ask Us.

Another key feature of this report is an analysis of the global men’s underwear market and the corresponding revenue forecast in terms of absolute dollar opportunity, usually overlooked while forecasting the market.

However, absolute dollar opportunity is critical in assessing the level of opportunity that a provider can look to achieve, as well as to identify potential resources from a sales perspective in the global men’s underwear market.

To support companies in overcoming complex business challenges, we follow a multi-disciplinary approach. At PMR, we unite various data streams from multi-dimensional sources. By deploying real-time data collection, big data, and customer experience analytics, we deliver business intelligence for organization of all sizes.

Already a member? Login to access this report free.

Have a Question? Ask Us.